The California DMV’s Negligent Operator Treatment System (NOTS) is a points-based system that is designed to help keep negligent drivers off the road. Under this system, California drivers who are 18 years old and older are assigned points if they fail to abide by the rules of the road and drive safely. If a driver accumulates enough points the DMV can designate them a “negligent operator” and suspend their driving privileges. However, a driver can fight being labeled a negligent operator, and the subsequent suspension of their license, during a negligent operator hearing if they act quickly!

If you have been labeled a negligent operator by California’s DMV, My Rights Law Group – Criminal & DUI Attorneys is here to help. We can challenge this designation and fight for your rights during a negligent operator hearing, but be sure to call us at our Rancho Cucamonga office today because you only have 10 days to request a NOTS hearing!

As California’s Negligent Operator Treatment System isn’t talked about all that much so we have compiled a list of 10 NOTS facts that are important for anyone with points on their driving record to understand. 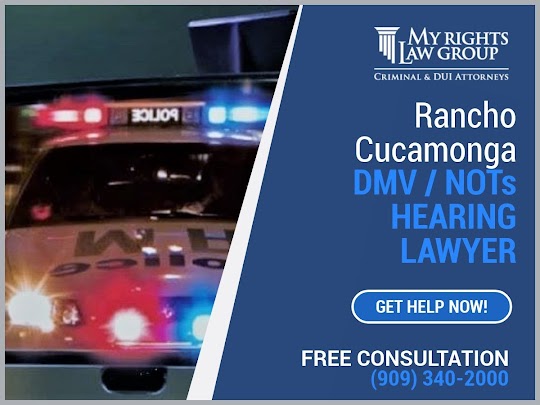 1. Earn too many points and your license can be suspended.

The CA Vehicle Code permits the Department of Motor Vehicles to assign points for (a) accidents, (b) moving violations, (c) mechanical violations that affect safe driving, and (d) criminal driving offenses. A driving event that falls under one of these categories can cause zero to three points to be assigned to the driver’s record. For example, a mechanical violation for not having a light on your license plate does not carry a point value, however, a conviction for driving under the influence will usually cause two points to be added to your record.

If a California driver accumulates four points in a 12-month period, six points in 24 months, or eight points in 36 months then the driver will be designated a “negligent operator”. If the driver does not successfully fight this designation via a NOTS hearing then their license will be suspended for six months and placed on probation for one year.

The DMV uses a complex matrix to assign points, but generally speaking, a driver will receive one point for an at-fault accident, one or two points for a moving violation or mechanical violation, and two points for a criminal conviction. 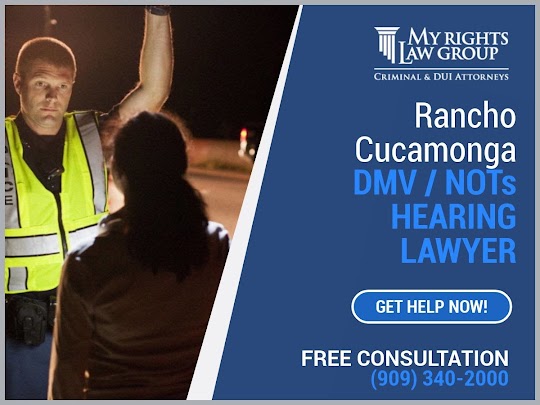 3. You can earn points out of state.

4. Points can cause insurance premiums to increase.

Accumulating negligent operator points can not only threaten your driving privileges but they can also cause your insurance premiums to increase, sometimes dramatically. How much of an increase you can expect depends largely on your insurance provider, how many points you have on your record, and what sort of driving infraction or conviction earned you those points. Unfortunately, these premium increases can be quite steep. In California, a point on your record for speeding has been known to increase a driver’s insurance premiums by roughly 18 percent while two points for reckless driving can cause as much as a 90 percent increase!

5. Your driving record is public information.

In California, the DMV keeps a record of all traffic accidents and convictions for each driver, and these records are public. This means that anyone (including your parents, your insurance provider, your employer, etc.) can obtain a copy of your driving record if they submit a Request for Record Information (INF 70), and pay the accompanying fee, to the DMV.

6. Points do not stay on your driver’s license forever.

The good news is that points assigned to a driver’s license do not stay on their record forever. The bad news is that some points can stay on your license for a long time. How long a certain point stays on your record depends on the severity of the action for which it was assigned. Most points will automatically be erased after 39 months have passed, however points assigned for more serious offenses (such as driving under the influence, hit-and-runs, etc.) stay on a driver’s record for 13 years.

7. You can fight a “negligent operator” status.

Be aware that being labeled a negligent operator means that your driver’s license will automatically be suspended, unless you take action. You can fight to save your driving privileges by requesting a NOTS hearing. During this hearing, you will be afforded the opportunity to challenge your status as a negligent operator by arguing that the points on your record have not been properly assigned. Many people mistakenly believe that participating in a NOTS hearing is a waste of time because you are waging a hopeless battle against the DMV, but in reality, this is far from true. You can fight and you can win. Especially if you have an experienced California DMV hearing attorney representing you.

8. You only have 10 days to request a NOTS hearing!

Anyone interested in having a NOTS hearing needs to act quickly because YOU ONLY HAVE 10 DAYS TO REQUEST A HEARING! This 10-day clock starts running on the date that your Order of Probation or Suspension letter was issued. Hearing requests received after this 10-day period has expired will almost always be denied. Therefore, if the CA DMV has designed you a negligent operator then stop what you are doing and reach out to My Rights Law Group so that we can help you request a NOTS hearing before it’s too late!

9. You can also request a hearing if you’ve been accused of violating NOTS probation.

A driver who is involved in a traffic accident or commits a traffic violation while their license is on probation can have their probationary period extended an additional 6 months, or even have their license revoked altogether. However, the driver can argue against these increased penalties by requesting a NOTS hearing within 10 days of the date on which their Violation of NOTS Probation letter was issued.

10. An attorney can represent you during a NOTS hearing.

When you think of an attorney representing a client you probably picture them doing so in a courtroom, but did you know that an attorney can represent you in a NOTS hearing even though these proceedings don’t involve the court? Having a knowledgeable NOTS hearing attorney by your side can be hugely beneficial. Your attorney will present favorable evidence to the hearing officer and walk them through a detailed testimony debunking your driving record.

Your attorney’s goal is to demonstrate, by a preponderance of the evidence, that your license cannot rightfully be suspended. This is accomplished by showing that there are points on your record that shouldn’t be there. Perhaps you received an out of state traffic conviction that was assigned a higher point value than a comparable crime in California would have been? Or maybe you received a point for an accident that wasn’t your fault? A well-seasoned attorney will know how to poke holes like these in the DMV’s case wherever possible.