How to Win DMV Hearings in California DUI Cases

In the wake of a driving under the influence (DUI) arrest in California there is a lot that needs to be done- and quickly! First and foremost, you should speak with a local DUI attorney to discuss how best to protect your legal rights in court as you may be facing a whole slew of potential criminal penalties including jail time, fines, and/or alcohol education classes. These criminal penalties are often seen as the biggest punishments that drivers caught driving under the influence face in California, but there is another potential penalty that is frequently underestimated: the loss of driving privileges. **Be warned! You must act within 10 DAYS of your arrest in order to preserve your driving privileges and avoid the automatic suspension of your driver’s license!

The 10 Day Rule states that anyone arrested for driving under the influence who wishes to contest the suspension of their driver’s license must request a DMV hearing within 10 calendar days of their arrest. Those who fail to do so will have their driver’s licenses automatically suspended without a hearing. A DMV hearing is completely separate from a DUI charge but could be the most important, at My Rights Law Group, they can help you with both.

While the thought of losing your driver’s license probably pales in comparison to the idea of spending time in jail or being forced to pay a huge fine, take a second to think about how significantly your life would be impacted if you were no longer able to drive. How would you get to work? Take your kids to school? Run errands? Get to the doctor? Here in Los Angeles public transportation options are minimal, and the cost of taking a cab everywhere would add up quickly, so for most of us losing our driving privileges would be hugely inconvenient, to say the least. 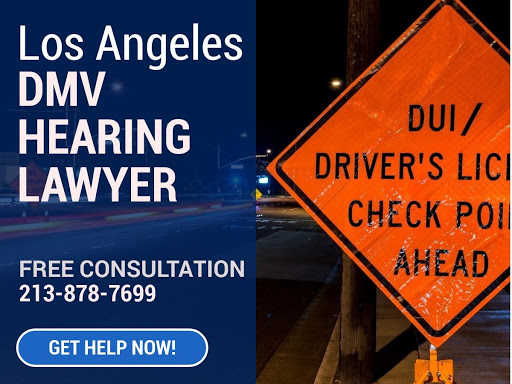 What is a DMV Hearing?

A Department of Motor Vehicles hearing is an administrative procedure during which a hearing officer considers the circumstances surrounding your DUI and decide the fate of your driving privileges. Hearings in the administrative court are much more relaxed than cases tried in criminal court, and here in Los Angeles they usually take place in an office (sometimes even over the phone!). With that said, you have legal rights in a DMV hearing, just as you have legal rights in a court case, and it is important that you hire an experienced DUI attorney to represent you and protect those rights.

What Happens at a DMV Hearing?

The administrative hearing officer conducting your DMV hearing is tasked with determining whether or not it would be lawful to suspend your license. In order to make this determination, the hearing officer will listen to a presentation of the evidence and arguments from both sides in order to understand the facts of the case. In these hearings the DMV bears the burden of proof and must, by a preponderance of the evidence, establish the following elements in order for your license to be lawfully suspended:

Additionally, if you refused to take a blood alcohol concentration test at the time of your arrest then the DMV must also prove that: 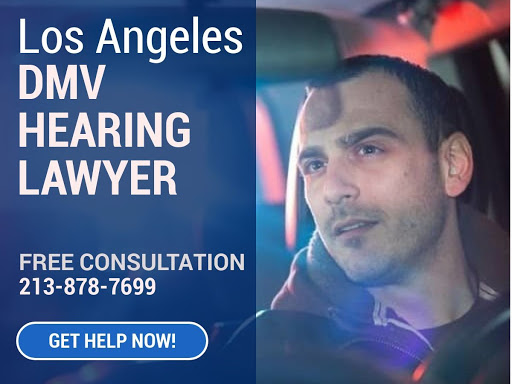 Will the Outcome of My DMV Hearing Impact My DUI Case?

No and maybe. “No” because the DMV’s decision about whether or not to suspend your driver’s license will not hinder, nor help, your criminal DUI case. “Maybe” because testimony and/or evidence presented during your DMV hearing may shed new light on the circumstances surrounding your DUI arrest and convince the prosecutor in your criminal DUI case to offer you a plea bargain, alter the charge filed against you, or maybe even DISMISS YOUR CHARGES ALTOGETHER.

It is important that an excellent DUI attorney represents you at your DMV hearing! An experienced attorney knows that there are a multitude of different ways in which the DMV’s case can be challenged and how to use any error that the police made in regard to their investigation and/or paperwork to your advantage. Additionally, they will know how to use the DMV hearing as a means of collecting evidence early on for your subsequent DUI trial. For example, a seasoned DUI attorney will use this opportunity to subpoena important evidence, such as footage from the arresting officer’s dashcam and the calibration record of the breathalyzer that you used. Also, the DMV hearing affords an opportunity to put the arresting officer under oath and grill them before going to court. The transcript of this testimony acts as an early deposition that can often be used not only to save your license but to win your DUI case as well!

Maybe. The outcome of your criminal DUI case can certainly impact the outcome of your DMV hearing if the court decides that you are not guilty of driving under the influence. If a criminal court finds you not guilty (i.e. that you are not guilty of driving with a blood alcohol concentration of .08% or higher) then the DMV must reissue your driver’s license if they already suspended it. However, any other outcome to your criminal case will not impact the DMV hearing officer’s decision in regard to suspending your license.

When confronted with a DUI charge and the possibility of losing your driving privileges at a DMV hearing it is essential that you have an aggressive and reliable DMV hearing attorney by your side. You need someone experienced who knows California law backwards and forwards, someone local who is familiar with how DMV hearings are conducted in Los Angeles, someone who is committed to securing the best possible outcome for you. Each of the well-respected attorneys of My Rights Law Group – Criminal & DUI Attorneys law firm is just that; experienced, local, committed. To find out what their firm can do for you during a free consultation, contact their Los Angeles office without delay at (213) 878-7699.