Barstow DUI attorney Bobby Shamuilian is experienced in defense of DUI in Barstow, San Bernardino and Riverside counties and throughout southern California. Barstow DUI Law is stringent and requires a resourceful and aggressive lawyer who will fight to overcome your charges. A knowledgeable Barstow DUI attorney / lawyer can fight for your rights in a court of law to avoid or minimize the effect of a DUI in a Barstow conviction, driver’s license suspension, ignition interlock requirements, jail time, court fines, alcohol screening and counseling, community service and probation.

IMPORTANT: AFTER YOUR ARREST FOR A DUI, YOU ONLY HAVE 10 (TEN) DAYS TO INVOKE YOUR RIGHT TO A DMV HEARING AND HAVE A CHANCE TO KEEP YOUR DRIVER’S LICENSE.

An alleged DUI defendant requires a Barstow DUI lawyer / attorney who knows the varying and complex legal issues utilized by the district attorneys to prosecute against you. Bobby Shamuilian is a member of the California Drunk Driver Lawyers Association and has the resources to fight the charges against you.

Our office concentrates its practice solely in the representation of defendants accused of alleged Barstow DUI law charges. An experienced and aggressive Barstow DUI lawyer will personally handle every aspect of your case. Your case will not be handed off to a legal secretary. Don’t just look at the near future and let this DUI charge affect the rest of your life. Let our Barstow DUI Lawyer fight the charge so that an arrest for a Barstow DUI will not lead to a conviction. A thorough investigation and analysis by our Barstow DUI lawyer of your specific case facts and a strong DUI defense utilizing current California DUI law will provide you with the best chance of a favorable outcome following a DUI in Barstow. 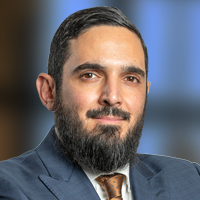 LAWYERS AT MY RIGHTS LAW

Communities We Serve Near Barstow, CA